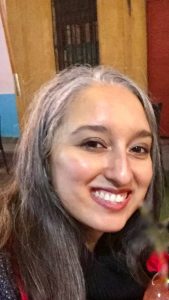 Within the last ten years, several Latin American Supreme Courts have designed strategies to promote gender-sensitive judging and to improve women’s access to justice, particularly in the area of female victims and sexual assault. Yet bias against female victims of sexual assault remains a pervasive problem throughout the region. To counter this problem, the Chilean Supreme Court has recently spearheaded efforts to promote a gender perspective in the judiciary. Yet, many judges and attorneys appear to be resistant to change. This research examines the Supreme Court efforts and tracks how these issues are playing out with respect to sexual crimes in the Chilean judiciary. Thus, the project asks: Are Chile’s recently implemented gender-sensitive approaches transforming the Chilean court system, and are women victims of sexual violence able to obtain fair judicial processes and outcomes? Over a twelve month period, I will conduct ethnographic fieldwork in Chile, and engage in court observation and in-depth interviews with judges, prosecutors, defense attorneys and survivors of gender-based violence. Using both linguistic and sociocultural anthropological methods, the project will document how legal actors are responding to change and to what extent women’s access to justice is being seen as improving their lives.